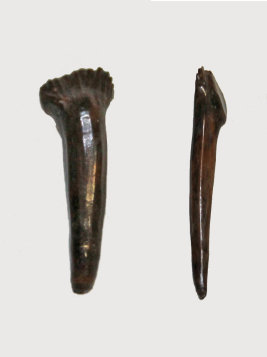 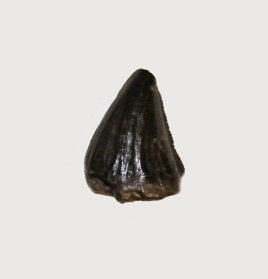 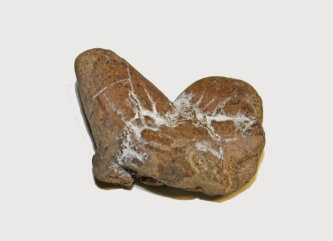 Pachycephalosaurus wyomingensis is a dinosaur well known for a domed skull 9 to 10-inch thick over a small brain and bony knobs on its snout and around the back of its skull.   Eye sockets were forward facing indicating they may have had binocular vision.   They had unusual teeth that were very small with a serrated leaf pattern at the top. Their teeth were probably suitable for eating leaves, fruit and insects.

Knowledge of the rest of its skeleton is very incomplete.  Speculation is that P. wyomingensis was fifteen feet long with biped locomotion.  They had claws on their fingers and toes that were slightly curved downward but not hooked and narrow like T rex, oviraptors and birds.  It is also speculated that they roamed in herds.

This animal lived in what is now North America with almost, if not, all its fossils found in Montana, South Dakota, and Wyoming, USA.